Refer a Patient
Make an Appointment

Medical Cannabis Explained
Take our Quiz
Frequently Asked Questions
How do I get a Referral?
Videos
Share the Facts
Featured Research

This course is designed to give you useful background information on Medical Cannabis, as well as help align your expectations when it comes to seeking access to treatment.

A useful guide to help you get to grips how medical cannabis relates to the body, and its related conditions. 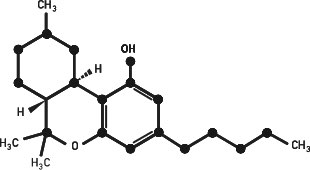 What is Medical Cannabis exactly?

Medical cannabis is a broad term used to refer to any medical products derived from, or related to, cannabis. In legal terminology and medical field they are often referred to as cannabis-based medicinal products (CBMPs). CBMPs were legalised for use on prescription in November 2018.

There are a number of products that fall into this category, including whole cannabis flower – which can be vaporised, as well as capsules, oils, and sprays containing cannabinoids. The main compounds utilised in medical cannabis products are the cannabinoids cannabidiol (CBD) and tetrahydrocannabinol (THC) which have been investigated for their useful therapeutic properties. In addition to cannabinoids whole cannabis flower or full spectrum extracts of the plant may contain other compounds called terpenes and flavonoids. These types compounds are found across all plants and are often responsible for the smell, taste and colour of different plants. There is some research into potential medical properties of these compounds, however this is still an area of growing research.

Currently, Sativex, Nabilone, and Epidyolex are currently the only licensed medical cannabis products in the UK. However, other products may also be prescribed, off-license, in patients where first-line therapies have been unsuccessful.

CBMPs are different from CBD oil available over the counter as all CBMPs are produced to EU Good Manufacturing Practices which ensures consistency in supply and quality. In contrast, CBD oil available on the high street is classified as a novel food and therefore does not have to meet the same stringent regulations regarding its manufacture.

There are over 120 cannabinoids found in the Cannabis plant, the most common being THC and CBD. THC is similar to the endocannabinoids, by having stimulating effects at the CB1 and CB2 receptors. This is the mechanism by why THC is thought to produce any reduction in anxiety and pain. At high doses THC can overstimulate the CB1 receptors and this can result in the ‘high’ typically associated with recreational use. At low doses however this is not typically felt.

CBD on the other hand has a diverse role in the ECS. CBD’s main role is thought to be not through direct action at CB1 or CB2 receptors but by inhibiting an enzyme called fatty acid amide hydrolase (FAAH). This enzyme breaks down the body’s main endocannabinoids. By stopping this enzyme from working as it otherwise would it increases the amount of endocannabinoids available to stimulate cannabinoid receptors. However, CBD also works to change the shape of cannabinoid receptors reducing the effects of THC and endocannabinoids. This is thought to be the mechanism by which CBD can alter the effects THC, particularly reducing any associated euphoria or ‘high’.

In addition to their effects on the endocannabinoid system they have indirect and direct effects on receptors that are involved in pain pathways, mood and anxiety levels, inflammation, and movement. 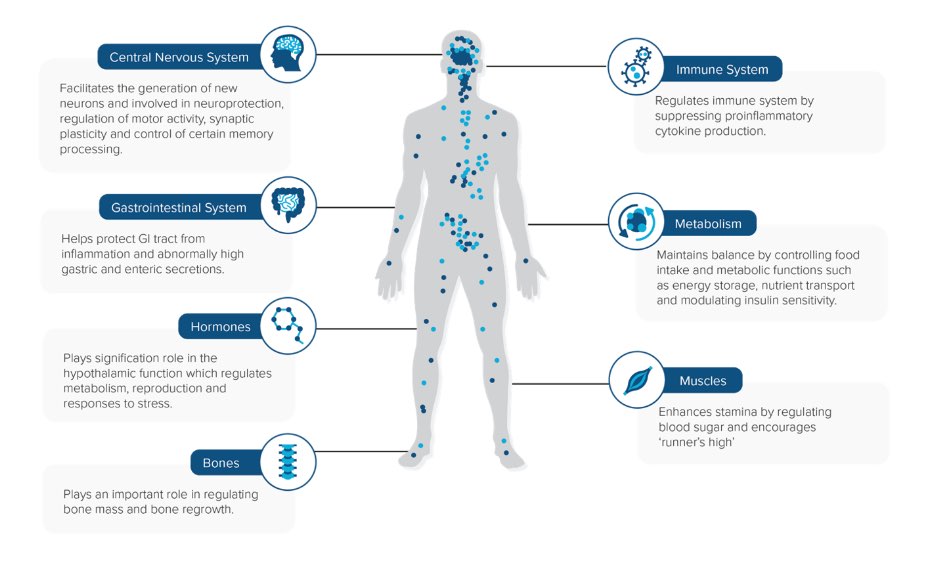 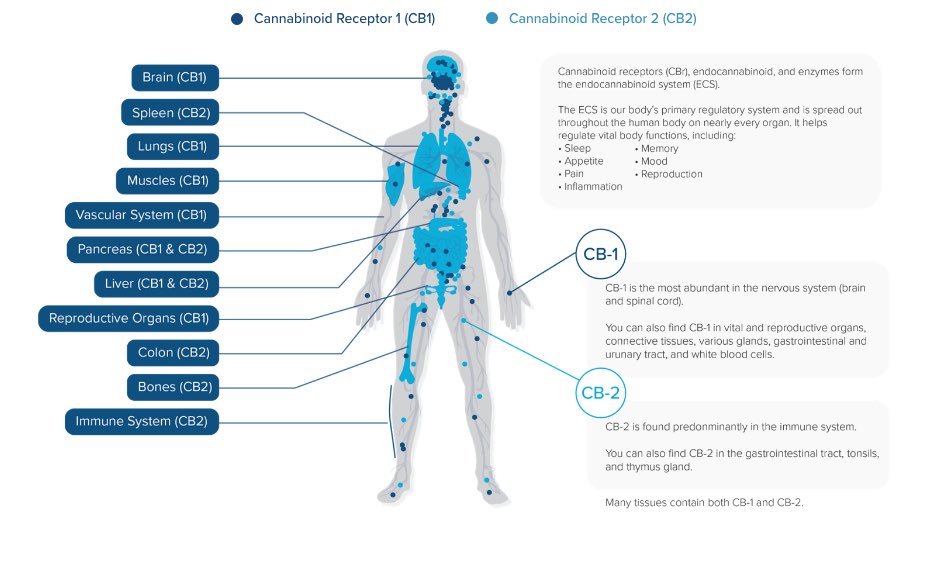 What is the Endo-Cannabinoid System (ECS)

Medical Cannabis may be useful in a number of conditions

Medical cannabis products are currently not recommended for use in patients who are/have:

When prescribing medical cannabis, health professionals should be cautious of:

Humans have been using cannabis for a number of indications for thousands of years, however, our scientific understanding of the active compounds within the plant has only developed in recent decades. Due to the interactions between cannabinoids and the human endocannabinoid system, medical cannabis may be useful for a large number of indications.

In modern medicine, pain management is one of the most common reasons for the use of medical cannabis, however, there is also evidence that CBMPs can be useful for the treatment of a wider variety of conditions.

Clinical research into medical cannabis is still in its infancy so there remains a general lack of ‘high-quality’ clinical evidence to either support, or oppose, the use of CBMPs. However, there is a large base of ‘real-world’ evidence, such as that collected in databases and registries.

The side effects of medical cannabis can vary widely depending on the patient and the products used. The existing evidence suggests that side effects can differ from mild to serious and can include:

Very common side effects (more than one in 10 people)

Common side effects (more than 1 in 100 people)

Uncommon (affecting less than 1 in 100 people)

How much do you think you know about CBD?

How much do you think you know about CBD?

The Sapphire Access Scheme allows you to gain greater insight into how your medical cannabis treatment is affecting you. You benefit from significantly reduced consultation costs, as you contribute to the UK’s Medical Cannabis Registry.

Helping reduce the financial barriers of access to medical cannabis